1.      Licensing: Establish and maintain current License(s) as required to conduct the business of title insurance and settlement services

For more information on ALTA’s Best Practices Framework and why it is important to do business with a company that implements these standards, visit www.alta.org/best-practices 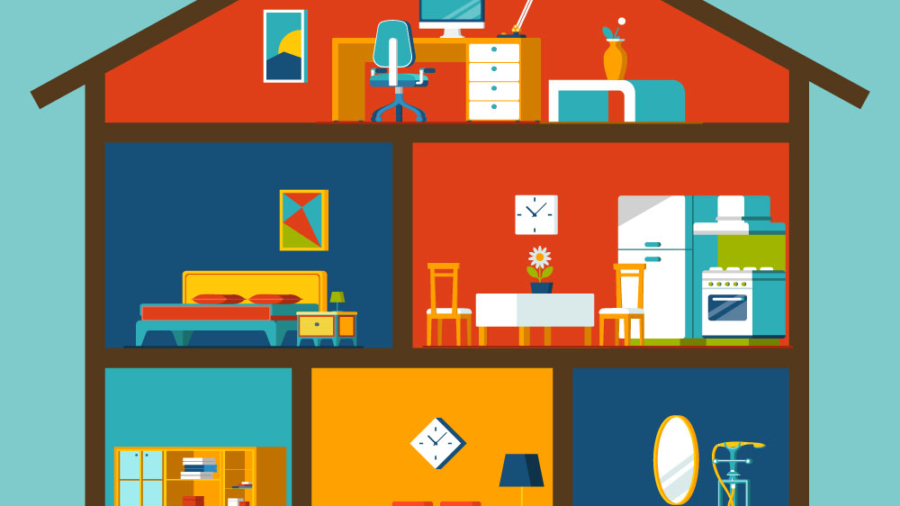 Here is a great post from Texas A&M Real Estate Center regarding home sales for November.

Note: Due to the ongoing Federal government shutdown, the release of multiple data series has been delayed, and they are not included in this report. The following analysis represents an overview of the Texas housing market based on the available data.

Texas housing sales ticked down 1.1 percent in November and remained on a flat trajectory. The shortage of homes priced below $300,000 and rising interest rates continued to weigh on overall activity. Listing inventories inched forward but still remained tight relative to demand. Housing demand showed signs of normalizing, particularly in North Texas, after a multiyear period of unsustainable growth. Steady population and job growth, however, suggest healthy demand for the duration of the current economic expansion. The recent pause in sales activity calmed home-price appreciation, but rising interest rates hindered affordability across the state.

Third quarter private bank loan data indicated a slowdown in residential construction investment, led by a decline in large multifamily loan values (buildings consisting of five or more units). Funds poured into this sector starting in 2013 but peaked earlier this year. Loans for one-to-four unit projects inched forward to a cycle-high but remained below 2007 levels. Despite the steady increase in loan volumes for small-unit structures, single-family private construction values flattened through most of the state (although October numbers were revised upward).

Sluggish sales provided some breathing room for the supply of active listings, but the Texas months of inventory (MOI) remained below four months. Around six months of inventory is considered a balanced housing market. A spike of new listings in the beginning of 2018 also supported inventory increases. Listing inventories of single-family homes priced at more than $400,000 exhibited the largest uptick this year, reaching 6.6 MOI after bottoming below 5.8 MOI in February. In the $200,000-$300,000 range, the MOI reached a four-year high of 3.3 months. The market for homes priced less than $200,000 remained exceptionally constrained below three MOI.

The MOI reached YTD highs in all the major metros but remained well below equilibrium levels. A steady stream of new MLS listings lifted the MOI up to 3.9 and 3.5 months in Houston and San Antonio, respectively. More homes hitting the market combined with a sales slowdown pushed the Austin and Dallas MOI up to 2.8 and 3.2 months, respectively. Fort Worth also noted an increase to 2.5 MOI, but new listings paused as sellers opted to wait out the market correction in North Texas.

Total housing sales ticked down 1.1 percent after double-digit growth in October, remaining on a flat trajectory. Most of the decline occurred for homes priced above $400,000. Single-family homes priced between $200,000 and $300,000 accounted for 32 percent of closed listings through an MLS, remaining the most active price cohort with a record-high 8,746 monthly sales. The bottom cohort (consisting of homes priced below $200,000) accounted for 37 percent of MLS sales, down from 69 percent in 2011. Nearly half of these transactions occurred outside the major metros.

Year-over-year sales decreased in all of the major metros following the October rebound. Dallas’ correction continued, with sales down 12.8 percent relative to November 2017. Fort Worth’s decline was more modest at 4.3 percent YOY. The North Texas slowdown marks an adjustment after multiple years of explosive growth, where home-price appreciation significantly outpaced earnings. A steady decline in the list-to-sale-price ratio over the past two years corroborates the transition away from hyper activity. This metric, however, stabilized above 0.96 in recent months, corroborating the solid foundation of the DFW housing market. The ratio also balanced in Austin and Houston despite a 0.2 and 2.8 percent decline YOY. San Antonio was the exception, where sales increased 5.2 percent YOY to a record-high 2,920.

Robust economic growth and the healthy labor market held Texas’ average days on market (DOM) below two months as homes continued to sell at a rapid clip. The DOM trended similarly at 60 days in Austin while averaging 57 and 58 days in Houston and San Antonio, respectively. The rate of sales growth continued to calm in North Texas, providing homebuyers some much-needed breathing room. The Dallas DOM elevated to 48 days, nearly two weeks longer than the record-low in September 2015. Fort Worth maintained the lowest DOM at 42 days but trended upward to more sustainable levels.

Lagging sales and upticks in inventory moderated home-price gains after substantial post-recession appreciation. The Repeat Sales Indices for the major metros continued to converge following the North Texas boom and Houston’s slowdown after the 2014 oil bust. In Dallas and Fort Worth, the repeat sales indices stabilized at 3.6 and 4.5 percent YOY growth, respectively. Annual price growth decelerated to 3 percent in Austin but picked up 4 percent in San Antonio. Healthy housing activity in Houston pushed the index above 3.4 percent for the second time in two years.

Despite the moderation, the Texas median home price hit a record high at $235,727. The Dallas median increased to $288,468, and San Antonio surpassed $227,750. On the other hand, Fort Worth’s and Houston’s medians ticked down to $233,258 and $237,144, respectively, while the Austin median dropped $9,000 to $304,700. Consumer preferences shifted toward smaller homes to combat affordability constraints, pushing the median price per square foot up across the major metros relative to last year. Until wage growth catches up to home-price appreciation, the market will shift toward higher-density housing in the form of reduced lot and home sizes or toward multifamily units.

Exemptions are a form of tax relief that can reduce the taxable value of your property. Here are 4 things you should know about them:

1. There are several kinds of exemptions that you might qualify for. They are:

2. In order to qualify for a residential homestead exemption, you must be occupying the property as your homestead on January 1st of the tax year in which the exemption is granted. Your application must be filed no later than April 30th to receive the tax benefit for this year.

3. It is important to note that when you apply for exemptions, you need to be sure that you have a Texas Driver’s License or Texas ID card and the address on it matches the address of the property on the application, otherwise the Chief Appraiser is prohibited from approving exemptions.

4. It is your responsibility as the homeowner to apply for exemptions. You can do this free and easily on your county’s central appraisal district (CAD) website. If the Central Appraisal District sends you correspondences regarding your exemptions, be sure to respond timely, but do not be fooled by imposters trying to get your money by filing on your behalf.

*Republic Title of Texas, Inc. makes no express or implied warranty respecting the information presented and assumes no responsibility for errors or omissions. Do you know how the government shutdown will affect you, the agent?  NAR posted this great article that summarizes the impact that the shoutdown will have on real estate transactions.

As of midnight on December 21, 2018, the President and Congress were unable to agree on the provisions of a Continuing Resolution (CR) to fund the federal government. As a result, a partial shutdown of some government operations has occurred. This partial shutdown includes some federal housing, mortgage, and other programs of interest to the real estate industry. A summary of the impact on selected agencies is provided below.

While this is a very politically dynamic event, NAR staff continue to monitor federal agencies and work with Congress, the Administration, and other groups to assess ongoing impacts to NAR members and their businesses.

Under EPA’s shutdown plan(link is external), most employees are now furloughed. This will affect various regulatory programs and compliance activities, such as wetlands determinations under the 404 program and enforcement of the lead-based paint disclosure and renovation, repair and painting programs.

HUD’s Contingency Plan states that FHA will endorse new loans in the Single Family Mortgage Loan Program except for HECM loans. It will not make new commitments in the Multi-family Program during the shutdown. FHA will maintain operational activities including paying claims and collecting premiums. FHA Contractors managing the REO/HUD Homes portfolio can continue to operate. Some delays with FHA processing may occur due to short staffing. Read more about these delays(link is external).

During previous shutdowns, Fannie Mae and Freddie Mac have continued normal operations since they are not reliant on appropriated funds. On December 26th both GSEs updated or clarified their loan purchase requirements in case of a shutdown. Freddie Mac requires all borrowers to sign a 4506T request form prior to close, but the request does not have to be processed prior to close. Fannie Mae requires the same unless the borrower’s income can be verified though Fannie Mae’s proprietary Desktop Underwriter verification system in which case no 4506T is required.

The IRS will close and suspend the processing of all forms, including requests for tax return transcripts (Form 4506T). While FHA and VA do not require these transcripts, they are required by many lenders for many kinds of loans, including FHA and VA. Delays can be expected if the shutdown continues. Some loan originators may adopt revised policies during the shutdown, such as allowing for processing and closings with income verification to follow, as long as the borrower has signed a Form 4506T requesting IRS tax transcripts. On loans requiring a Form 4506T, see the GSE section above for additional details.

After NFIP operations were initially suspended over questions raised by government attorneys, NAR worked with the White House and Congress to clarify that the government shutdown does not affect the sale or renewal of flood insurance policies or the payment of claims on existing policies. Disaster relief, airport screenings and other essential homeland security functions are unaffected. View the FEMA release(link is external) resuming the full and normal operations of the NFIP.

Until the shutdown ends and the Regional Center EB-5 program extension is signed into law, the EB-5 Immigrant Investor Regional Center Program is suspended and no new I-526 petitions can be filed. Investors must continue to file timely responses to USCIS Requests for Evidence (RFE) and Notices of Intent to Deny (NOID). In addition, investors may continue to prepare and file I-829 petitions.

While the Department of Labor was funded for 2019, the Department of Homeland Security was not. Therefore, while the H-2B Temporary Worker Visa program is still operational for workers currently in the U.S., the DHS is unable to approve any new or returning workers under an H-2B visa.